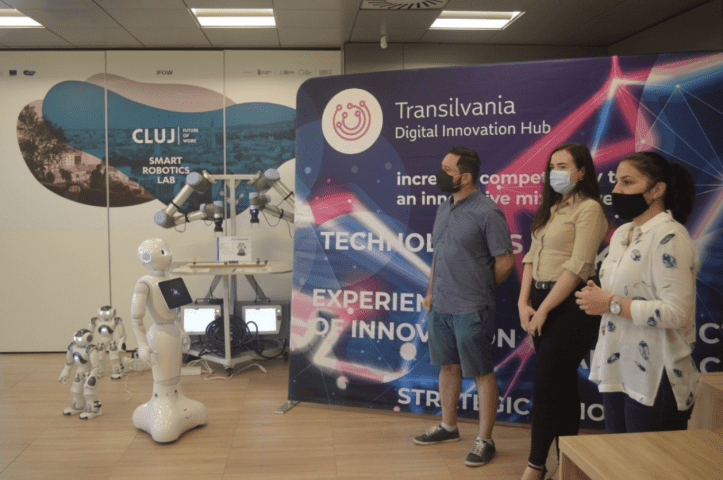 The first Digital Innovation Hubs (DIHs) were established in Romania in 2017, when the European Commission started its planning process and drafting their future programmes for 2021-2027, Horizon Europe and Digital Europe. Initially there were few bottom-up initiatives from DIHs but in 2020 the Romanian National Authority for Digitalisation made a national selection of DIHs for the European DIH Network call. They selected 12 DIHs covering the eight Romanian development regions, from which 10 finally submitted their proposals for the European Union’s call.

One of the most active DIHs in Romania is the Transilvania Digital Innovation Hub (T DIH) located in the north-west. Recognised as “fully operational” by the European Commission and with almost five years’ history, T DIH has managed to bring six clusters, two universities, a research institute, and a local public institution under the same umbrella, offering coordinated services for digital transformation. In the past year and a half, T DIH obtained grants of more than 1 Million euro for implementing different projects on digital transformation.

Several DIH-supported projects are currently under way to help companies take secure steps towards innovation and digital transformation. One of them is the BOWI project funded by the European Union’s Horizon 2020 framework, in which Transilvania IT cluster is a consortium partner. Four companies from Transylvania have already obtained financing, business and technical mentoring through this project.