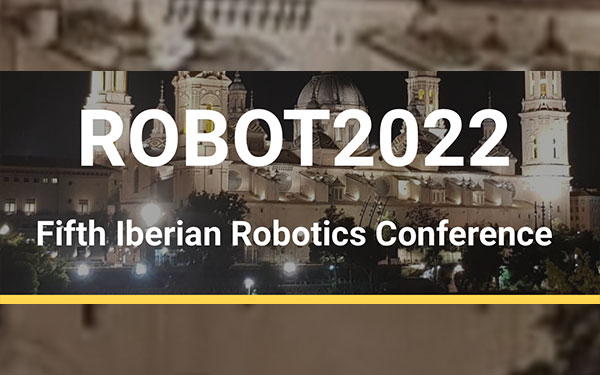 The headline robotics conference in the Iberian peninsula will take place at the University of Zaragoza, Spain on 23-25 November. ROBOT2022 will be the fifth in the series, following previous editions held in Madrid in 2013, Lisbon 2015, Seville 2017 and Porto 2019. In addition to the strength of the programme and the considerable delegate attendance, ROBOT2022 will also witness the presentation of awards focused on academic quality. While focused on research and new applications developed in Spain and Portugal, the conference is open for submissions from elsewhere in the world.

“It is the meeting point of the Iberian Robotics community” said Jon Agirre Ibarbia, member of the euRobotics Executive Team, who is also part of the ROBOT2022 Scientific Committee, “and for externals it is also a great opportunity to network with one of the most active European Robotics communities”.