Italy: a place for (marine) robotics   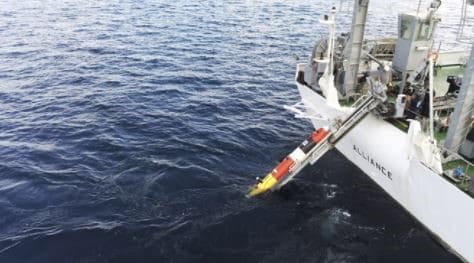 The technological (r)evolution of AI sensors over the last few decades have made small and relatively low-cost Autonomous Underwater Vehicles (AUVs) and Autonomous Surface Vehicles a reality. These Maritime Unmanned Systems (MUS) can be used to support ocean exploration as well as monitor and help human operations at sea. MUS can offer solutions at lower costs, thanks to their increasing intelligence, than traditional means such as statically deployed sensors, buoys, and expensive ship-based operations. Novel MUS, which complement or substitute current solutions, increase the spatial and temporal resolution of the monitoring process.

As a Marine Robotics Topic Group (TG), we are witnessing and supporting this technological revolution. Through our work, we have identified different areas in which marine robots will become increasingly central in the near future: oceanography; mining and building; security; inspection and maintenance; exploration, environmental and biological monitoring; aquaculture; search and rescue; transportation (autonomous ships); and archaeology. In this process, the Italian TG component plays an important role, reflecting the weight and importance of robotics in Italy.

According to HowToRobot, the Italian robotics industry has massive growth potential locally and internationally. Driven by the large Italian manufacturing industry, the number of robotics and automation suppliers in Italy has grown steadily over the last 40 years, reaching 691 companies in 2020. This vivacity in the robotics sector is also reflected the Italian marine robotics landscape.

Italian marine robotics builds on the experience and technology that matured in the high-tech shipbuilding industry and, as such, is a bustling, dynamic, and varied sector. Large companies, such as Leonardo, Tecnomare (a subsidiary of the Eni Group) and SAIPEM, are at the forefront of innovation and develop underwater solutions mainly for the defence sector and oil and gas markets. A multitude of fascinating projects are being developed by these large companies. For example, SAIPEM has created the Hydrone, an innovative, multi-robot platform, supported by advanced autonomy strategies, to provide a new approach to complex tasks posed by the rapid increase of subsea installations. Another great project comes from Calzoni (now belonging to the L3Harris Group), which has a history of submarine, ship, and control systems engineering, who are developing autonomy solutions and manufacturing the advanced, multi-purpose U-Ranger surface robot.

Although large companies are leading the way, medium and small companies in Italy are actively proposing multi-purpose, remotely operated underwater vehicles (Ageotec) and AUVs (Graal Tech and Edgelab). New actors are also emerging, both start-ups from universities and spin-offs from companies historically active in other technological sectors are now looking at the marine domain. Thanks to the SAND project, for instance, IDS, traditionally active in radar and defence systems, partnered with EFFEBI Shipyards (a yacht manufacturer) and Meccano Engineering to build a fast surface autonomous boat with outstanding sea-keeping capabilities to be used in different missions, such as search and rescue and environmental control.

The robotics industry is supported by a rich variety of governmental agencies, academia, and research centres. The National Research Council, who, in collaboration with the National Agency for New Technologies, Energy and Sustainable Development (ENEA), is leading the effort in the Italian exploration of Antarctica. In terms of academic prowess, the Inter-university Centre of Integrated Systems for the Marine Environment (ISME), coordinated by the University of Genova, joins nine Italian universities under its umbrella. ISME has recently coordinated the Widely Scalable Mobile Underwater Sonar Technology (WiMUST) project (funded by EU Horizon 2020), which utilized an intelligent team of cooperative autonomous marine robots to drastically improve the efficacy of the methodologies used to perform geophysical and geotechnical acoustic surveys at sea. Due to an on-going agreement between the Italian Naval Support and Experimentation Centre (CSSN), and ISME, the WiMUST technology was demonstrated at the CSSN premises in La Spezia, as a possible baseline for the development of passive acoustic monitoring robotic systems.

Concerning non-traditional approaches to marine robotics, Scuola Superiore Sant’Anna (SSSA) leads the research on bio-inspired (to the octopus and the crab) soft underwater robotics with its BioRobotics Institute.

In regards to research centres, the NATO Science and Technology Organization Centre for Maritime Research and Experimentation (CMRE) has been an active research facility in La Spezia since 1959. CMRE conducts scientific research and experimentation in marine robotics, AI, and acoustics, among other specializations. The Centre develops and tests complex, intelligent, heterogeneous robotic networks at sea for different applications, such as maritime surveillance, naval mine countermeasures, and oceanography.

Further supporting the Italian robotics industry, since 2011 CMRE has organised the annual Student AUV Challenge-Europe (SAUC-E) that is dedicated to educating and forming the scientists and engineers of tomorrow. SAUC-E is recognised as the leading European AUV competition for students. Building on this experience, CMRE, together with euRobotics and a European consortium, organised the euRathlon 2015 Grand Challenge and a major event of the European Robotics League – Emergency. These were unique competitions, the first of its kind, which required robots from the air, sea and land domains to cooperate during a simulated disaster-response scenario, inspired by the 2011 Fukushima tsunami. These important and exciting robotics events advanced the state of the art in cooperative autonomy and heterogeneous robotic systems.

Photo credit ERL17: The team of University of Florence preparing the FeelHippo AUV before a test during ERL Emergency 2017.

Finally, we make this appeal to euRobotics members – we are waiting for you in the Marine Robotics Topic Group to become part of the upcoming revolution in marine science and engineering.

To become member of the TG, register at https://sparc-robotics-portal.eu/home. You will then receive information and be able to contribute via the TG mailing list.

The TG has already collected material which provides a picture of the current and future trends of marine robotics (can be found on the TG wiki: https://sparc-robotics-portal.eu/web/marine-robotics/wiki). This is the basis for the ongoing creation of the euRobotics Roadmap2030.