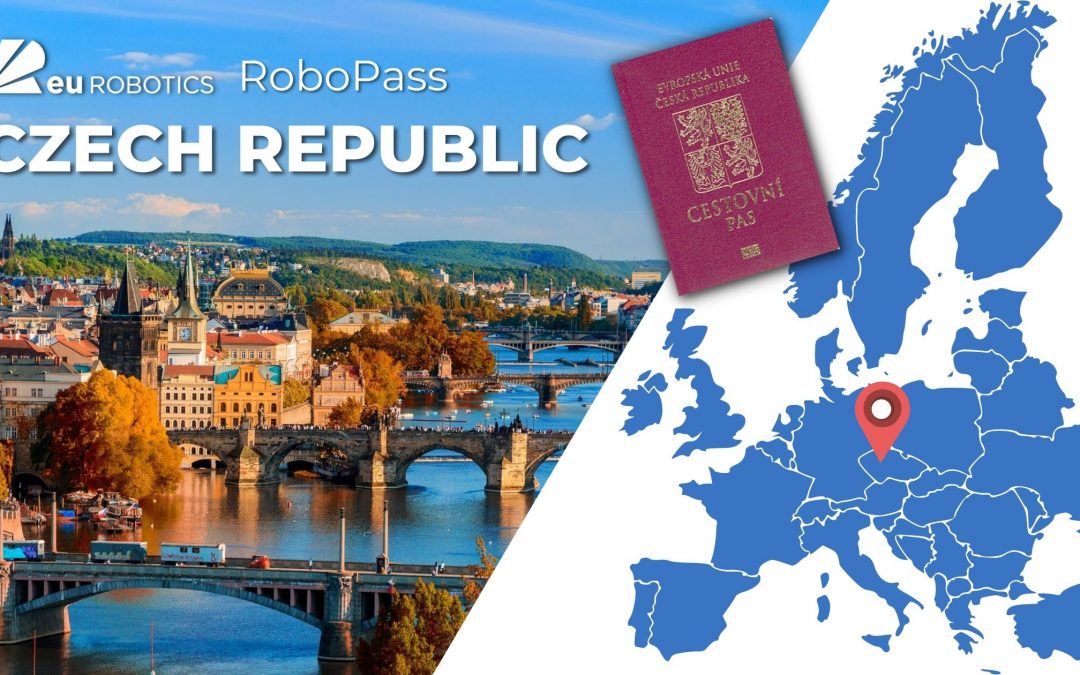 With the launch of our new newsletter we will introduce a few regular features. As an association with an international membership, we want to put the spotlight on robotics in the countries where our members live and work. Think of it as a European grand tour, although this one involves labs and robots rather than ballrooms and health spas. Our journey begins in a land that can claim to be the cultural birthplace of the robot – the Czech Republic.

According to a 2020 survey, nearly one in five Czech manufacturers (18%) with ten or more employees use industrial or service robots. Robots are used by 9% of small businesses. Over half (55%) of businesses in the automotive sector used industrial robots. (www.czechtradeoffices.com)

The Czech capital, Prague is home to one of Europe’s youngest robotics institutes in one of Europe’s oldest technical universities.  The Czech Technical University in Prague (CTU) (www.cvut.cz) was founded in 1707 and is currently the major technical university in the Czech Republic. It has around 1700 members of academic staff, 18,000 students, eight faculties, and five institutes. One of these, the Czech Institute of Informatics, Robotics, and Cybernetics (CIIRC CTU) (www.ciirc.cvut.cz) was founded in 2013 began full operations in a newly-built facility in 2017. The CIIRC CTU’s research focuses on four basic pillars: industry, energy, smart cities, and healthy society, all implemented in basic and applied research. According to its website, “CIIRC CTU aims to concentrate on cutting-edge research in computer science, robotics, cybernetics, artificial intelligence and related areas, especially machine learning, optimization, automated reasoning, machine perception, computer vision, intelligent, distributed and complex systems, automatic control, computer-aided manufacturing, energy transport, smart homes and smart cities, bioinformatics, biomedicine, and assistive technologies.” (Read more)

The term robot first came into public use via R.U.R. (Rossum’s Universal Robots), a play by Czech playwright Karel Čapek that was first performed exactly one hundred years ago, in 1921.

In this centenary year of the robot, the Czech Republic will also shortly host the IEEE/RSJ International Conference on Intelligent Robots and Systems, known simply as IROS 2021. It will be the first time that the conference is organised in this area of Europe. Such is life in the current pandemic that the organisers have decided to present the entire conference virtually. Find out more about IROS 2021.

Czech Digital Innovation Hubs: what are they and how can they help?

The first METRICS RAMI competition for aerial robots will be held in conjunction with IROS 2021. This novel international competition led by CATEC – one of the reference research centres in Europe devoted to aerial robotic technologies – will take place virtually using data generated during previous RAMI campaigns. Which autonomy-based inspection tasks will be assessed? Find it here.