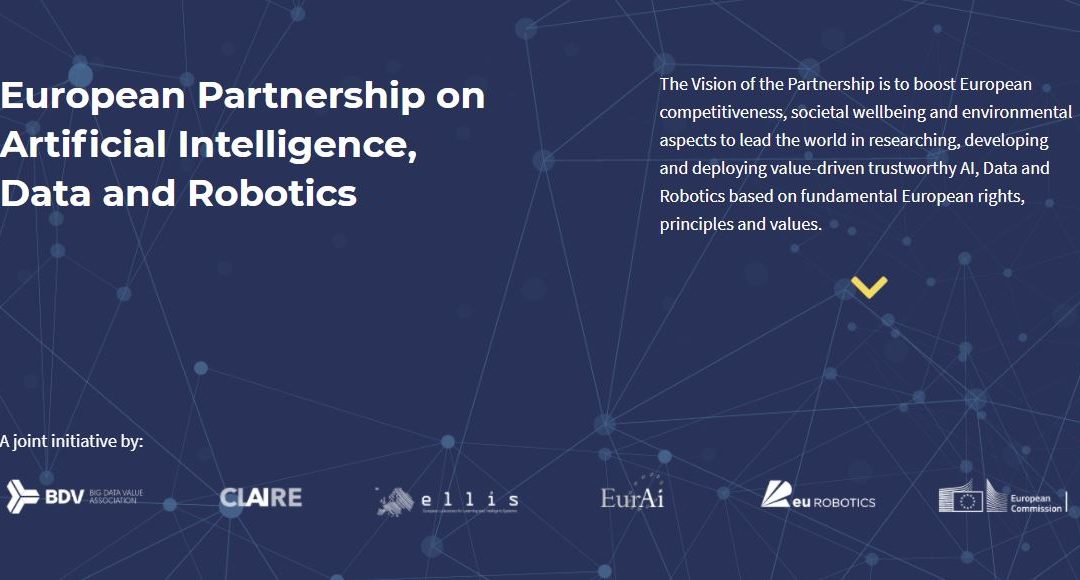 By now, most euRobotics members will know something about Adra – the AI, Data and Robotics Association. It’s the private side of the public-private partnership that the European Commission (EC) has created with the AI, data and robotics sectors. Adra is one of the European Partnerships within the digital, industry and space domains under the EU’s Horizon Europe funding programme. Following its formal creation as a not-for-profit association under Belgian law in May, Adra provides the European Commission (EC) with a single common channel for dialogue with the AI, data and robotics sectors. Within Adra, euRobotics is the voice of robotics, while other member associations represent AI and data.

Representation on the Adra Board is equally shared across the sectors, with six members each (18 in total) and two vice-presidents each, and with an equal participation from industry and research. Work continues to agree precise details about how Adra will operate in practice. Among other results, this has led to the signing of a Memorandum of Understanding between Adra and the EC.

Adra’s strategy and broad programme is described in the Joint Strategic Research Innovation and Deployment Agenda (SRIDA). In essence, this sets out the challenge and the opportunity that the three sectors share, to translate their considerable strengths into a global market advantage based on European values. What this will mean in detail, both in concrete and aspirational terms, can be gathered from the SRIDA’s 136 pages.

Rich Walker, MD of Shadow Robot, is one of the Adra Board members representing euRobotics. He summarised the background to Adra and the current position: “Adra was created because, for Horizon Europe, it’s practical for the EC to talk to a single entity rather than several separate bodies.

“Robotics is a super-critical technology to achieve the UN’s Millennium goals on sustainability and in so many areas, on land, in the sea, in the air, in healthcare. So if the EC is setting up Missions to achieve its goals, it’s important for robotics to be part of the community to achieve these objectives. It presents us with a super-important opportunity for euRobotics to be a part of this, to champion what robotics can do when work towards those goals is being defined under Horizon Europe.

“From euRobotics’ perspective, during Adra’s formation, we worked hard to form something that respected our whole robotics community. That’s important to us at euRobotics and we took the lead on the governance of the new entity to make sure that industry and research are equally represented. It’s also important that Adra is recognised as a new dynamic, forward-thinking association, with the vigour and energy to take things forward. The appointment of Marina Bill from ABB as president of Adra gives a powerful signal in that respect.

“It isn’t easy to bring five existing associations (three representing AI) together. Each has its own history, its own momentum. But clearly there’s a lot of overlap between AI, big data and robotics and this new organisation is the unifier, providing a common place for collaboration between the three sectors.

“Since the legal entity was formed, we’ve been moving forward over the summer to establish the operational parts of the organisation, getting the by-laws and statutes in place. We know that euRobotics members want to know how they can participate in Adra. We addressed this at the euRobotics General Assembly and it’s built into the Adra constitution that euRobotics members can also become members of Adra. We have ongoing working groups to sort out the mechanics of that. Meanwhile, as we move forward under Adra, we will always want – and need – to draw on the know-how of euRobotics members to tackle questions of theory and practice alike. This is a very good moment to be part of the euRobotics community.”