In the News: Robotics in the public gaze this autumn – November 2021 Newsletter 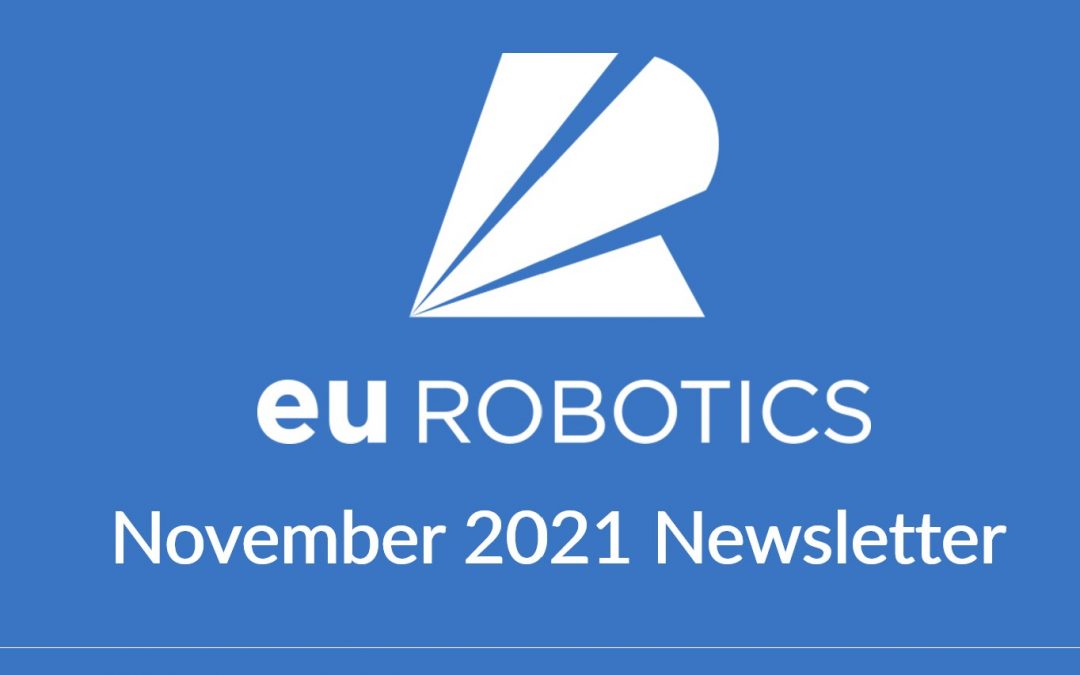 If you spot an interesting story about robotics in the media that you read, let us know via communication@eu-robotics.net

The Financial Times (FT) reported on 22 September that warehouse automation is accelerating. While this has been a trend for some time as operators turn to robots to reduce costs, the reason for the latest uptick in the use of robots is that warehouse operators are now struggling to find labour. This has become acute during the pandemic with the boom in online shopping. The FT notes that robot-based systems can cope with growing speed and efficiency with increasingly complex orders. This becomes increasingly attractive to retailers keen to avoid disruption to supply chains.

The BBC’s Click technology programme reported on a new robotic art exhibition on 16 October. What would it feel like to share the world with machines that could live in the wild and evolve on their own? That was the starting point for artist Anicka Yi’s vision of a new ecosystem, now being showcased at London’s Tate Modern gallery.  Yi is known for her experimental work which explores the merging of technology and biology. Visitors to the Tate Modern can observe her creations, known as aerobes, which resemble jellyfish in both appearance and motion and which float in the air in the gallery’s cavernous Turbine Hall. And euRobotics members do not have to be in London to witness them. A livestream of the aerobes in motion is available between 11.00-19.00 CET via the Tate Modern website every Thursday from 21 October.

Sifted, a Financial Times-backed news site about European start-ups, reported on 6 October about a restaurant in Paris where the food is cooked by a robot. Cala, which opened in 2020, is one of a growing number of robot-restaurants around Europe.

The Rheinische Post (in German) was enthusiastic in its report about a course that taught younger children the basics of building robots. With its goal to make science and technology tangible for its local communities, the 3StädteDepot-led initiative emphasises hands-on learning and experimentation. During the two-day course children and their families worked together to build a simple robot car. Deemed a great success, the course is set to be repeated. The article appeared on 16 October. [Source: https://rp-online.de/nrw/staedte/hueckeswagen/hueckeswagen-kinder-lernen-im-3-staedte-depot-robotik-grundlagen-kennen_aid-63508969]