Generation equality: Empowering and giving visibility to women in robotics 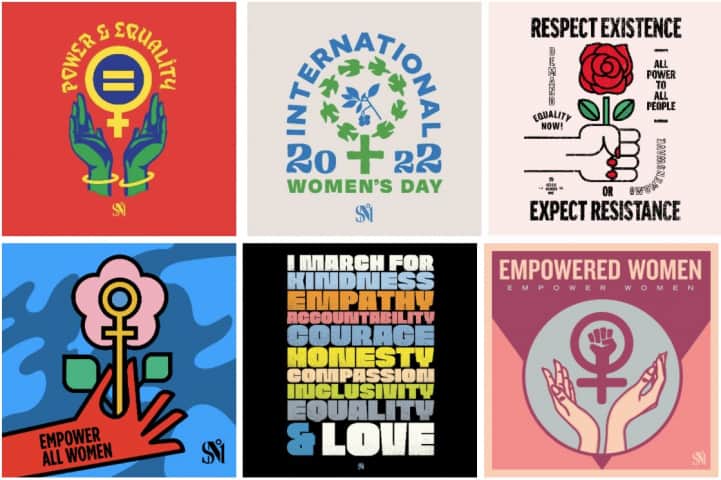 On March 8, International Women’s Day (IWD) we celebrate the political, socioeconomic and cultural achievements of women and the women right’s movement towards gender equality. “Whilst the social and political rights of women are greater in some places than others, there is no country where gender equality has been achieved” says Mary Evans, professor at the London School of Economics and Political Science in her book “The persistence of gender inequality” (Polity Press 2017). In 2022 this situation has not changed either globally or at the European level as indicated in the EU Gender Equality index for 2020 where the average of the EU is 67.4% and the maximum is Sweden with 83.8%. Although there has been a clear commitment from the European Union on gender equality (specially in innovation and science), there are still structural forms of inequality that must be challenged and changed. It is not the aim of this article to analyse or comment on those, but to show what is being done and is available, especially in the European Union, for us to contribute as individuals and as a community towards gender equality in the field of robotics.

Any journey starts with a first step, so I asked Maja Hadziselimovic, member of the Board of Directors of euRobotics and active United Nations (UN) Generation Equality champion of women and girls in STEM, how a person (no matter the gender) can contribute to gender equality. She told me “There are three actions you can take to be part of Generation Equality:  Empower women and girls in science; raise awareness about gender equality and raise the visibility of women in science”. So, let’s explore different activities linked to those actions.

Although inequalities still exist, the EU has a well-established regulatory framework on gender equality and has made significant progress over the last decades. In March 2020, the European Commission published the EU Gender Equality Strategy for 2020-2025, setting out their commitment towards “a Union where women and men, girls and boys, in all their diversity, are free to pursue their chosen path in life, have equal opportunities to thrive, and can equally participate in and lead our European society.”

Thus, it is not surprising that the EC is making an eligibility criterion for all public bodies, higher education institutions and research organisations to have a Gender Equality Plan (GEP) in order to participate in Horizon Europe. Those looking for extra information on GEPs, can take a look at the work of EU-H2020 project SPEAR (Supporting and Implementing Plans for Gender Equality in Academia and Research) which provides the SPEAR’s compass guide, to help you draft and implement gender equality measures in your Research Performing Organisation (RPO); and GEARING ROLES: Gender Equality Actions in Research Institutions to traNsform Gender ROLES with examples of implementation of GEPs in universities and research organisations, because ensuring effective implementation and avoiding resistance is not always easy.

Empowering women can also be done outside the EC sphere, at a national or local level. This is the case with the work of Ana-Maria Stancu, CEO of Bucharest Robots, founder of the association E-Civis, and member of the Board of Directors of euRobotics. She has a personal and professional mission to empower women and girls in the field of robotics in Romania: “One of the hashtags we are using in our work in Romania is #vinrobotii (robots are coming). We are not using this as a threat, but as a reminder that the robots are here and will develop further. So far, what I can see in my day-to-day work is that women are generally perceived as outsiders in this industry. Every time I talk to a potential client or public authority, the general discussion is led by me, but the minute they have a technical question, they unconsciously turn to my male colleagues. The main problem I see is that most of them do this unintentionally – which makes it even more problematic. It means that this perception is deeply rooted in people’s minds.” This probably sounds familiar to you and gender bias can be found in different fields. A good read in this regard is the book of “Invisible Women” (Chatto & Windus 2019) by Caroline Criado Perez.

Ana-Maria underlines how is important to be persistent in bringing women into the field of robotics: “There is no doubt that the robotics industry will see a tremendous growth in the very near future and will need lots of specialists. We have to make sure that this development will not include only men but will also reflect the activity of women. I believe this day – International Women’s Day – should be a reminder that we have to do more for more women in technical fields like robotics.”

To make sure women are not left behind in the robotics industry, Ana -Maria promotes robotics classes to all children and encourages girls to participate. The E-Civis association also organises robotics and programming summer schools just for girls, so they can learn in a pressure-free environment. From her experience in teaching programming and robotics in public schools in rural areas, she has no doubt that “girls are as interested as boys in this field. Every child loves robots! Let’s use this love to teach and encourage all of them to build them!”

Integrating the gender dimension in research ensures that researchers question gender norms and stereotypes and address the evolving needs and social roles of women and men. It is a matter of improving scientific excellence and increasing the number of women in science, research and innovation. Networks and portals born as FP7 and Horizon 2020 projects, are still in place nowadays to raise awareness on gender equality, provide training and share knowledge. This is the case of GENDERACTION, GE Academy: Gender Equality Academy, GENDER-NET PLUS and GENPORT.

Since 2013, the European Commission publishes every three years the “She Figures” report that monitors the state of gender equality in research and innovation in Europe. The ERA Progress report also monitors the implementation of the objectives set by the EC: gender equality in scientific careers, gender balance in decision making and integration of the gender dimension in R&I.

As an individual you can publicly show your support to gender equality. You can join the Women’s Day march in your city or raise awareness in your social media or your workplace. You can download women’s rights postersand square images by Studio Number One for free here. Be part of the wave of change today.

Raise visibility of women in science

In 2013 a new grassroots community was started to support women in robotics across the world – the Women in Robotics network.  Since 2020, the network founded by Andra Keay and Sabine Hauert has grown exponentially and become a non-profit organisation in the U.S. This global community supports women working (or interested in working) in the field of robotics. Their activities include local networking events, outreach, education, mentoring and the promotion of positive role models in robotics. They also publish every year the“list of women in robotics you need to know” on Ada Lovelace Day (13 October). Why not to join the network today? https://womeninrobotics.org/

On International Women’s Day (8 March) The European Commission celebrates the #EUWomen4futurecampaign and the EU Prize for Women Innovators with a seminar co-hosted by Commissioner Mariya Gabriel and President Roberta Metsola. The event highlights women’s professional achievements in culture, education, sport and science. You can attend the event online here and still use the hashtag.

This article shows a peak of a long list of projects, activities and work concerning gender equality in the area of science and technology (mainly in the EU), and some specifically in robotics. We are in a period of changes, of “Me too”, of breaking ceilings and structural inequality, of building the future we want for our sisters, our daughters, our partners, and most important of all, for ourselves. Don’t be afraid to be challenging, don’t be afraid to be loud.