GA: gateway to a new year at euRobotics 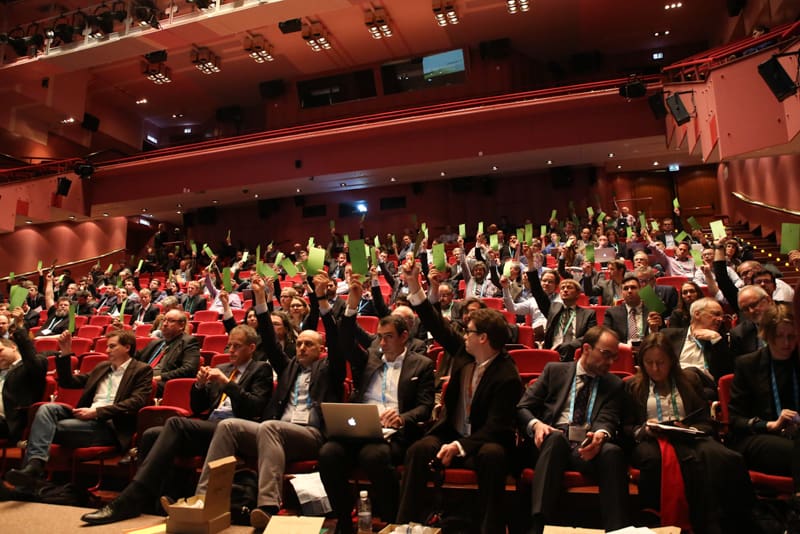 Outcomes from the General Assembly

The 2022 General Assembly (GA) took place at the Ahoy convention centre, Rotterdam on the eve of the opening of the European Robotics Forum. Bernd Liepert, President of euRobotics, addressed the GA.  The Members of euRobotics who took part received a series of presentations with highlights of the year’s activities, plus a preview of the year to come. These included a financial forecast and the proposed budget for the next activity year.  Proceedings included elections to the euRobotics Board of Directors. As always, these saw some departures, some new arrivals and at least one return.

Several members joined during the previous 12 months and their membership was ratified by the GA.

Odense (Denmark) was confirmed as the location of the next European Robotics Forum. ERF 2023 will take place during 14-16 March next year.

ERF 2024 will take place in Rimini (Italy), dates to be confirmed.

Some adjustments to the statutes were also approved. Some will provide the association with more operating flexibility, while others were needed in order to meet changes in statutory requirements under Belgian law.