The European Robotics Forum (ERF) is one of the most influential event for the robotics and artificial intelligence community in Europe. It is the meeting point for engineers, academics, entrepreneurs, investors, as well as end-users and policy makers in the field of robotics from all over Europe and beyond.

Find out more about ERF

Find out more about the upcoming edition

The first edition of the ERF was in 2010

The latest news about the ERF

It is with great pleasure that we welcome you to the European Robotics Forum 2023 in one modern, easily reachable, spectacular city: Odense, Denmark.

The European Robotics Forum 2023 (ERF2023), the most influential meeting of the robotics community in Europe, will be held from 14 – 16 March in Odense, Denmark. The ERF2023 covers all aspects and current themes related to the field of robotics. Researchers, engineers, managers, and a growing number of entrepreneurs, businesspeople, and public funding officers from all over Europe come together to discuss technology push and market pull and how innovation in robotics and robotics-related AI can be accelerated.

The development in robotics in Odense has been tremendous over the past 20 years. Today, Odense has one of the world’s leading robotic clusters. To explain how it got to this point is a fairy-tale in itself. It is a story of how close collaboration between the local industrial companies and a dedicated university can evolve into innovative new robots and solutions that can be exported to the entire world. With the right spirit and ongoing collaboration being able to deliver and co-create a breeding ground for products, companies and projects.

Robotics is in the city’s DNA, and by hosting the 2022 European Robotics Forum in Odense, participants will get the opportunity to explore first-hand how public, industrial, commercial and scientific organisations all are keen to corporate around robotics.

Theme
2023 marks the 11th anniversary of ERFs first visit to Odense – and similarly the anniversary of the formation of euRobotics through the merger of EUROP and EURON. As in 2012, Odense is still known as a leading hub for robotics, but has gone through a huge transformation since ERFs previous visit. A showcase for what can be achieved in 10 years. Strong collaboration between science, Odense Municipality, public as well as private partners has consolidated the city’s leading position as well as secured a strong vision for the future of robotics. We wish the invite the ERF community to come and experience the developments first-hand, and discuss the plans for the future.

The formula
In addition, it must be extremely relevant for the delegates at ERF2023 to learn about the formula that has created the success of the robotics environment around the Maersk Institute and in Odense. The Odense Robotics cluster can jointly supply an entire track of its own, with input from SDU, Odense Robotics, DTI and other major contributors around this specific topic – the research at the university and the cluster of companies, supported by local government, turning research into business.

The ERF participants can be welcomed in the state-of-the-art meeting facilities at ODEON.

The large, open and light foyer areas are well suited to networking among exhibitors, food tables and coffee stands. This will ensure a natural flow of participants through the exhibition area.

Everywhere on the site, you will have access to free high-speed wireless internet and all meeting rooms are equipped with projectors, beamers, screens and boards.

READ MORE ABOUT THE VENUE

The city of Odense

Odense is situated on the island of Funen, right in the heart of Denmark, and is the country’s third largest city with 200,000 inhabitants. The city is one of Denmark’s oldest, granted town rights in the year 988, and was originally named Odins Vé, as a place of worship for the Nordic god Odin. It was once the site of a Viking ring fortress on the banks of the Odense River. Due to this rich history, it has for centuries been a favorite destination for visitors. Today, it is well known as the hometown of the celebrated author Hans Christian Andersen.

The city invites guests to wander its cozy cobblestone streets with shops and rows of cafés. Odense is easy to reach, easy to navigate, and easy to feel at home in. Everything is within comfortable walking distance, creating an intimate infrastructure and feeling of security. As the home of numerous students, Odense has a lively city centre with many bars and restau- rants, and concerts, performances and events throughout the week.

The city of Odense has a strong vision for its continuous growth and welfare, encouraging big dreams and challenging the norms, for example through festivals, congresses and other events of international scale. An ambitious urban development plan is currently reshaping major parts of the city, which are being connected by an environment-friendly tramway. The project will be completed in 2022.

This transformation will further consolidate Odense’s position as a centre of innovation, knowledge and education, where strong clusters in the fields of robotics, drones, health technology and IT are booming.

Odense has ample hotel capacity to suit every taste and budget. The city currently has over 1,500 rooms at hotels alone, with further hotel projects planned in time for 2023. On top of that comes hostels, B&Bs and other types of accommodation. Most rooms are located in the heart of the city and within a 5-10-minute walk from the train station as well as ODEON and Radisson Blu H.C. Andersen. Meeting up with other delegates, going out for a meal or arranging brief meetings is very easy. 500+ hotel rooms have been tentatively reserved should European Robotics Forum come to Odense in March 2023 – with the possibility to block further rooms, if euRobotics wishes to.

By air: Together, Billund and Copenhagen airports are directly connected to more than 100 cities all over the world, and handle 32 million passengers every year.

By train: Transfer by train and bus from Billund takes approximately 1 hour 15 minutes and 1.5 hours by direct train from Copenhagen. From Hamburg you can travel by train directly to Odense railway station. Travel time approx. 4 hours.

By car: Several car rental services are available from both airports, and many cities including Odense.
As a visitor in Denmark they offer tax free car rental.

About the European Robotics Forum

The European Robotics Forum, the most influential meeting of the robotics community in Europe, started in San Sebastian in 2010 and has grown into a major annual event with many hundreds of attendees every year. This top notch forum covers all aspects and current themes related to the field of robotics. Researchers, engineers, managers, and a growing number of entrepreneurs, businesspeople, and public funding officers from all over Europe come together to discuss technology push and market pull and how innovation in robotics and robotics-related AI can be accelerated.

The European Robotics Forum is an initiative of euRobotics in cooperation with a local co-host. euRobotics aisbl (Association Internationale Sans But Lucratif) is a Brussels based international non-profit association for all stakeholders in European robotics. It aims to strengthen Europe’s competitiveness and to ensure industrial leadership of manufacturers, providers and end-users of robotics technology-based systems and services.

12/08/2022
On behalf of the ERF Programme Committee, we invite you to submit your workshop proposal for the 14th edition of ...

ERF 2022 – an inspiring programme: The road to Rotterdam

01/05/2022
With increasing pace, we are now approaching the highlight of the year, the European Robotics Forum (ERF) in ...

01/04/2022
ERF 2022 is still several weeks away but the clock is counting down. With the deadline for Earlybird registration ...

01/03/2022
Things are shaping up well for the 2022 European Robotics Forum. The Programme and full registration details are ...

University of Twente hosts the 13th Annual ERF in Rotterdam

01/03/2022
Robotics is transforming many different Industries. It is clear that robotics technology has a huge impact on a ...

History of the ERF 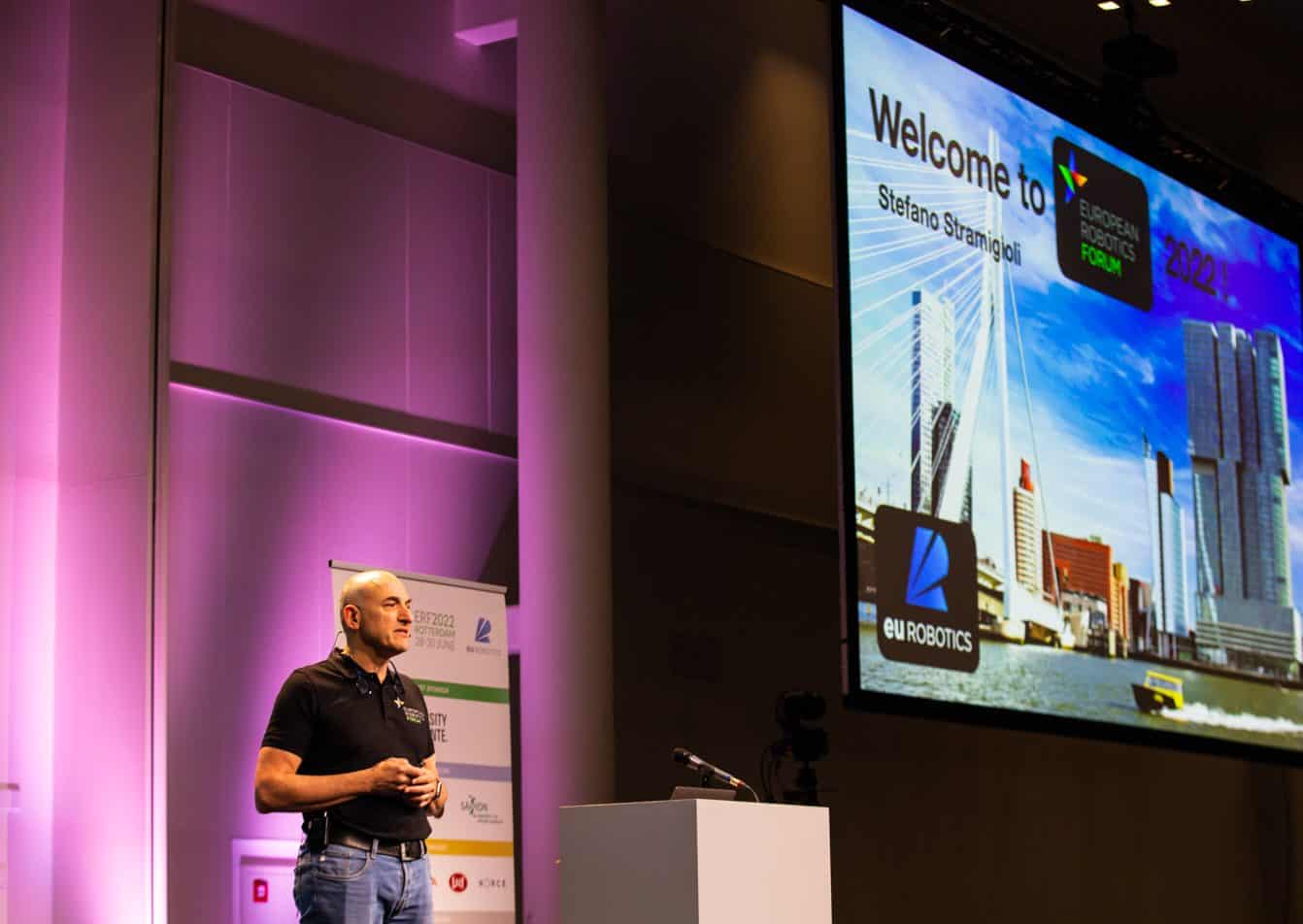 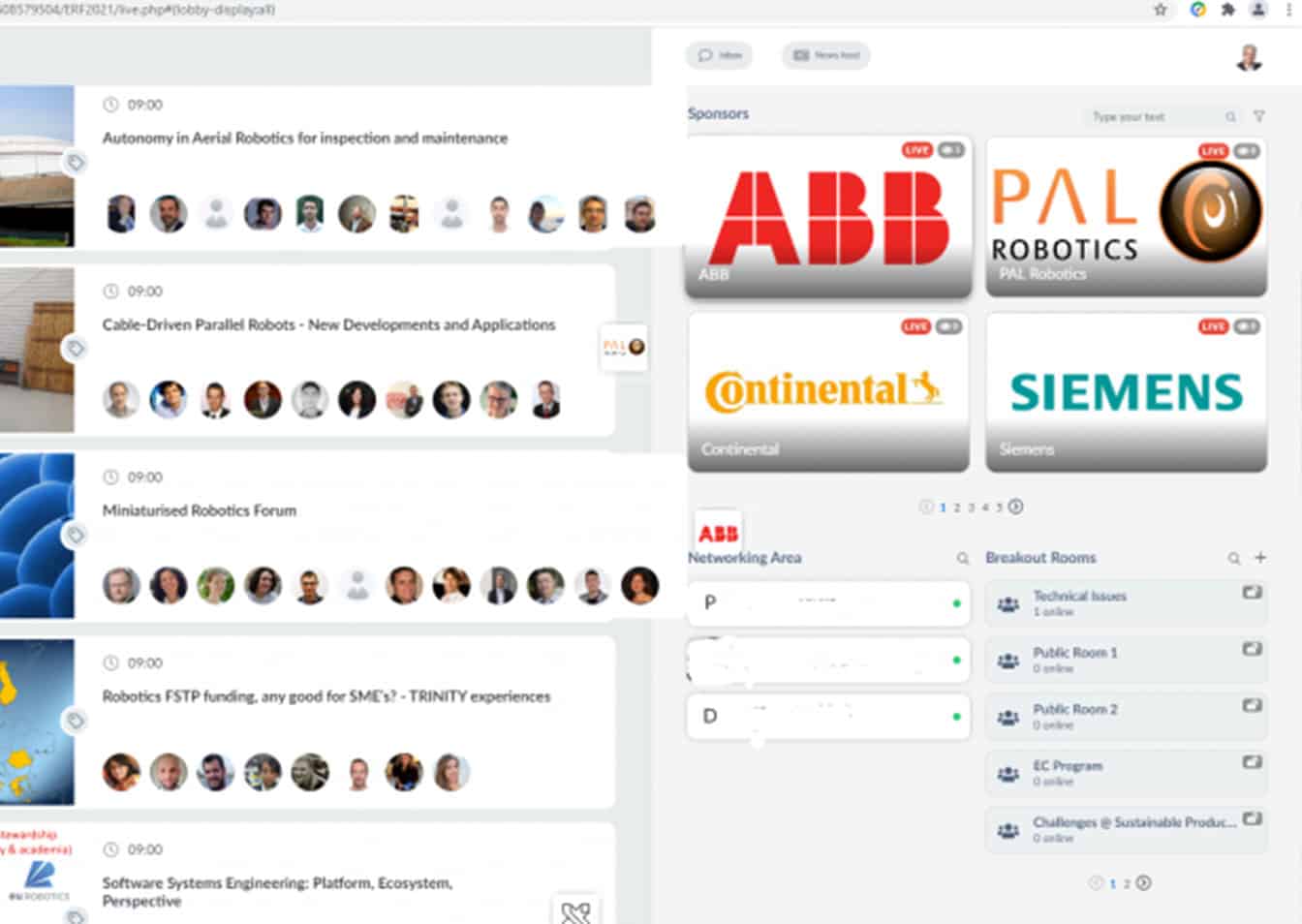 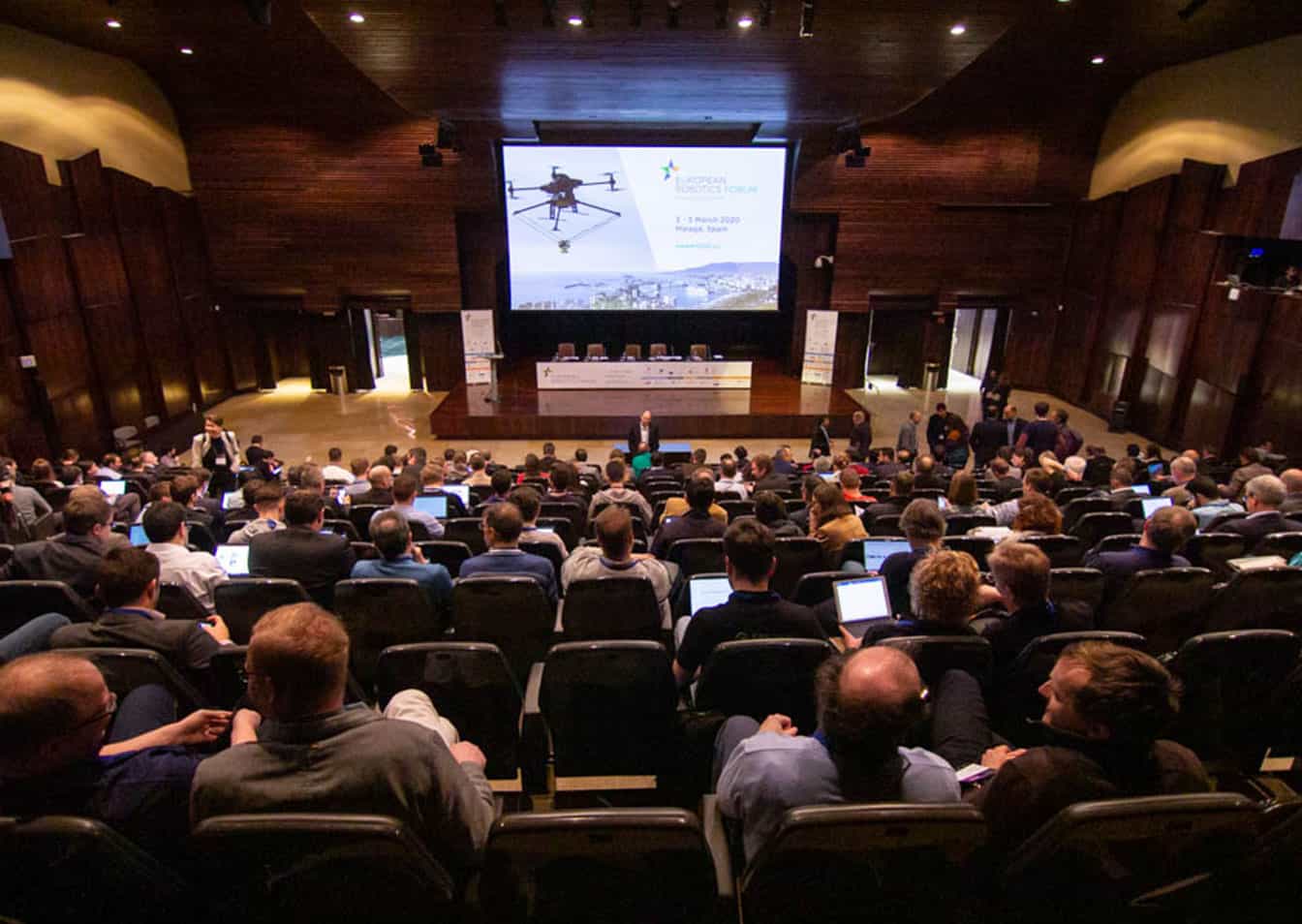 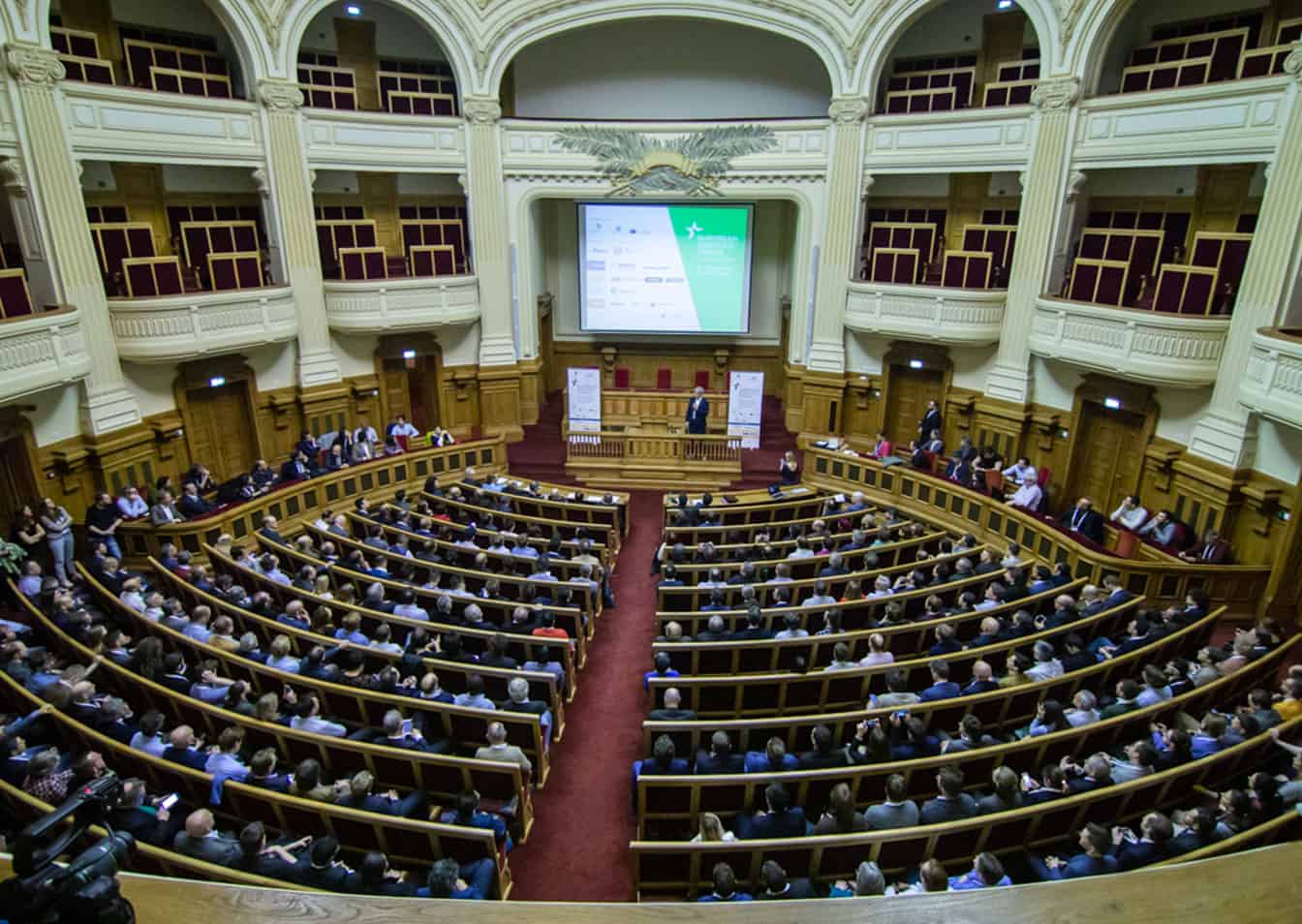 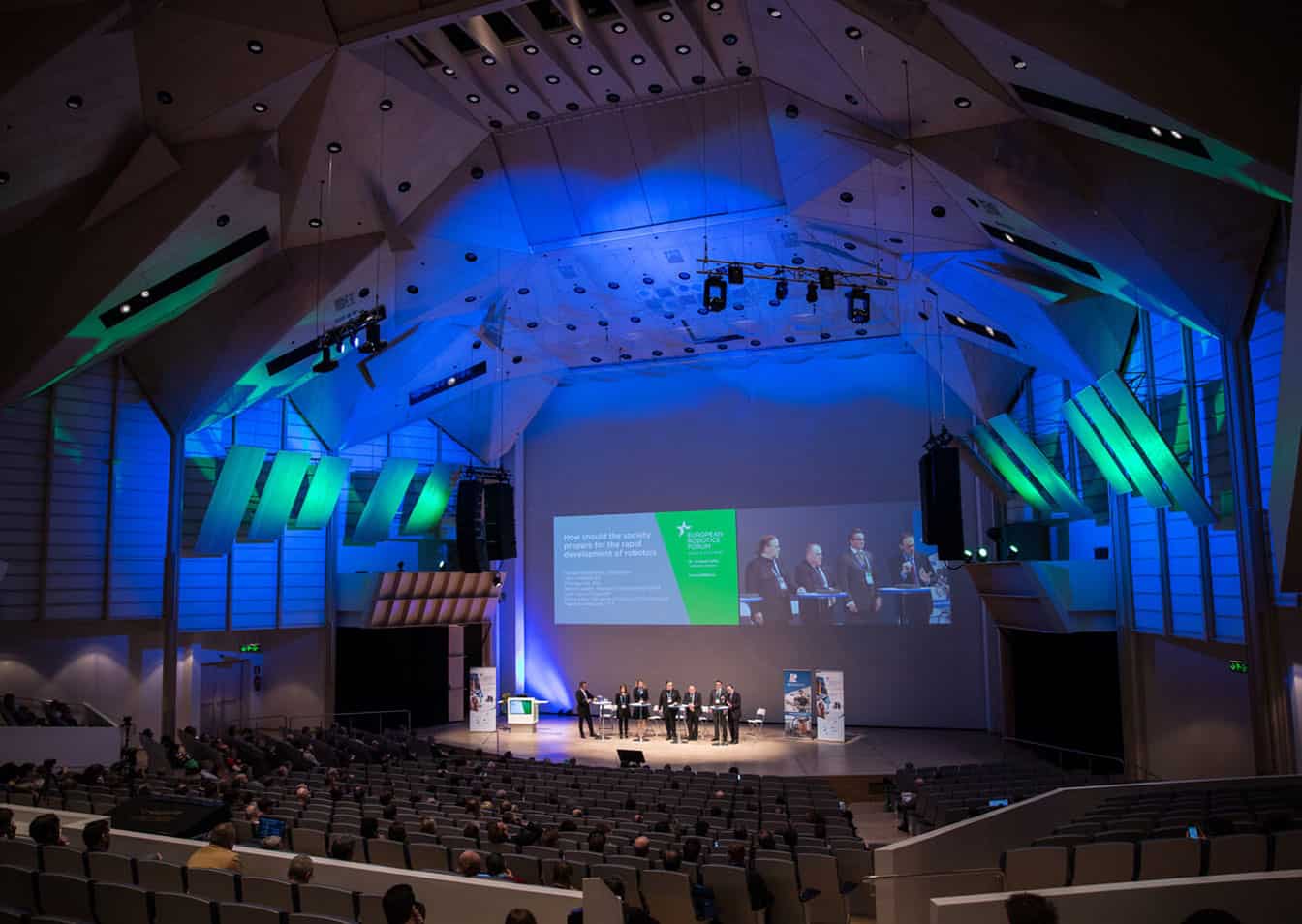 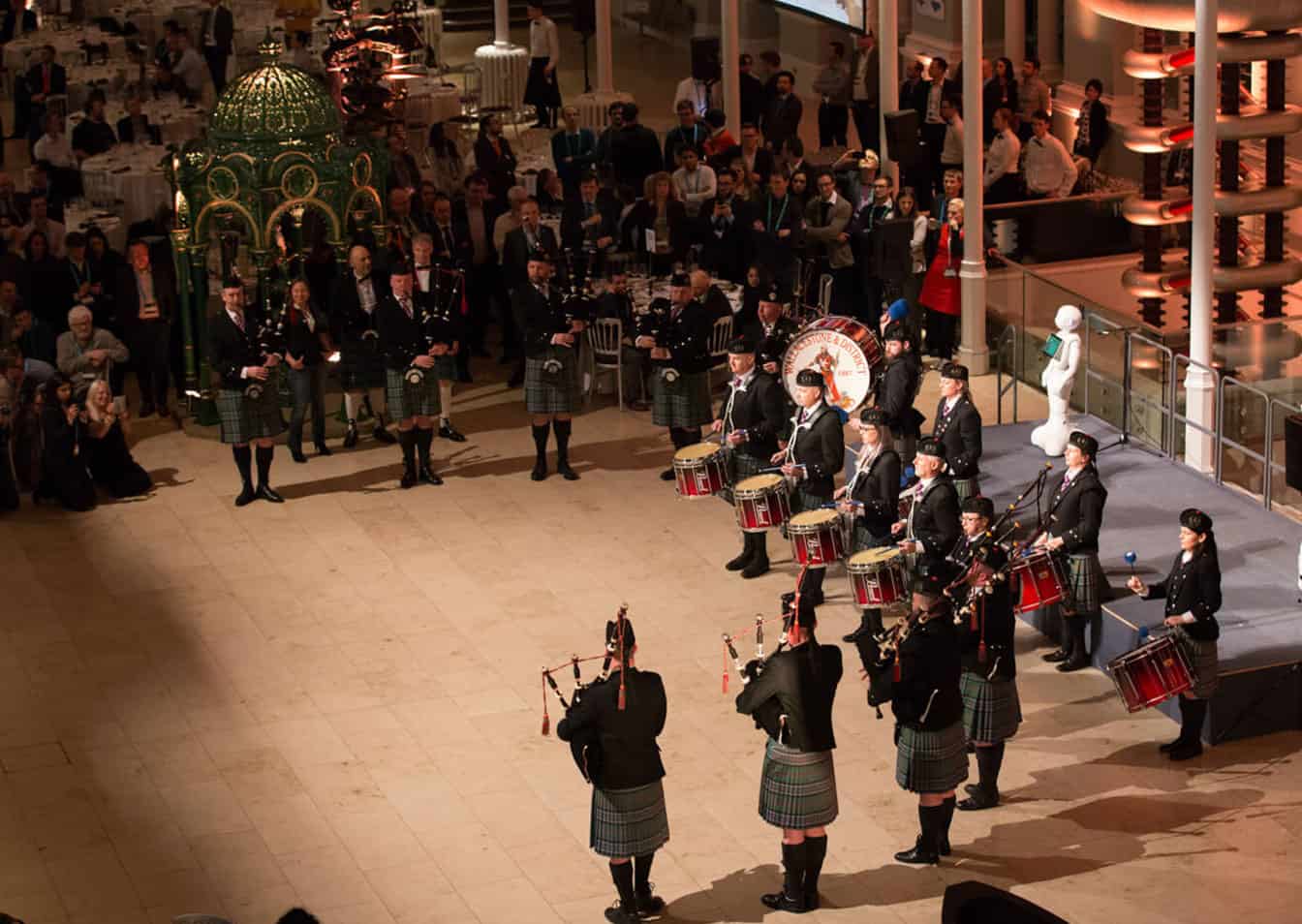 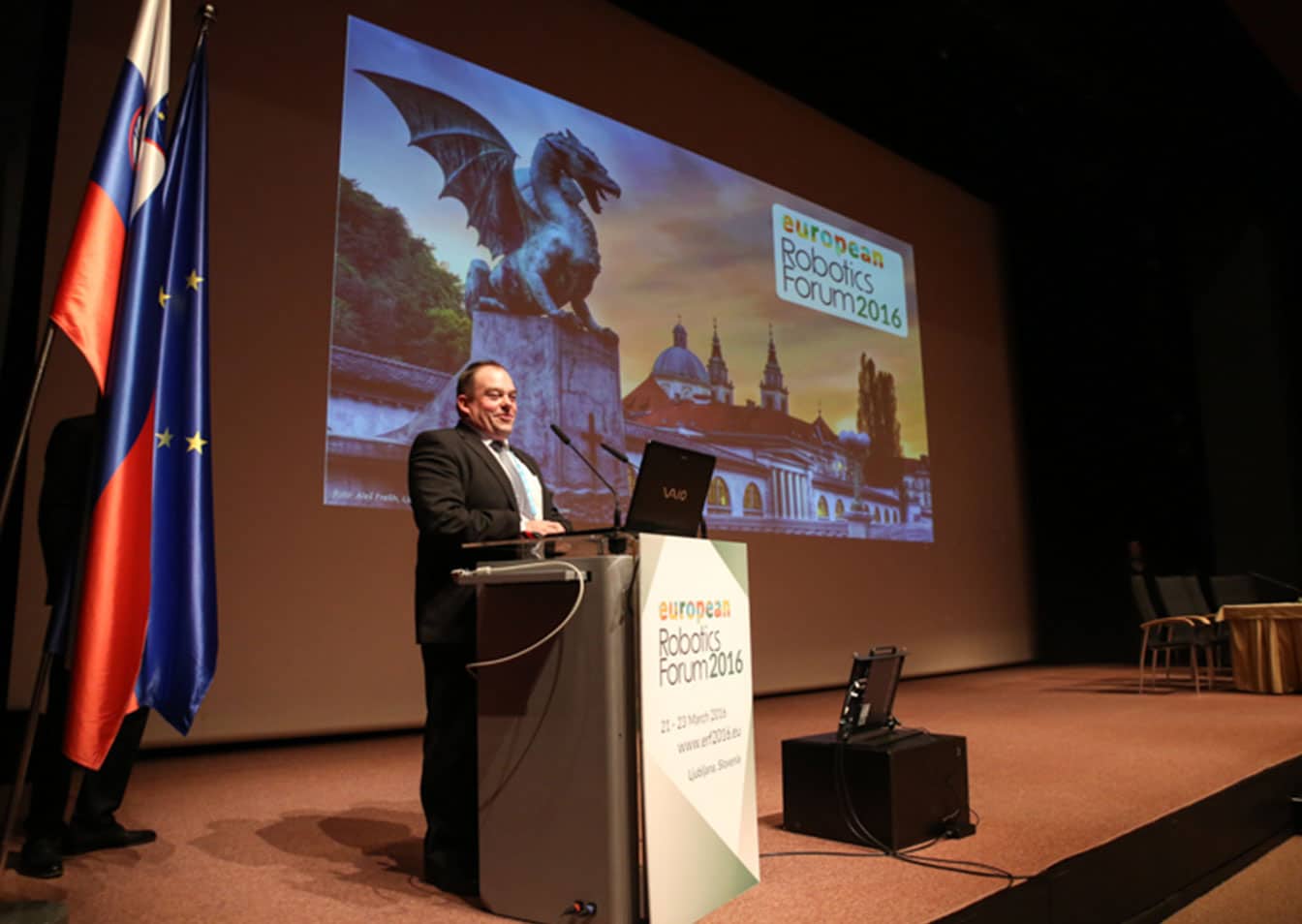 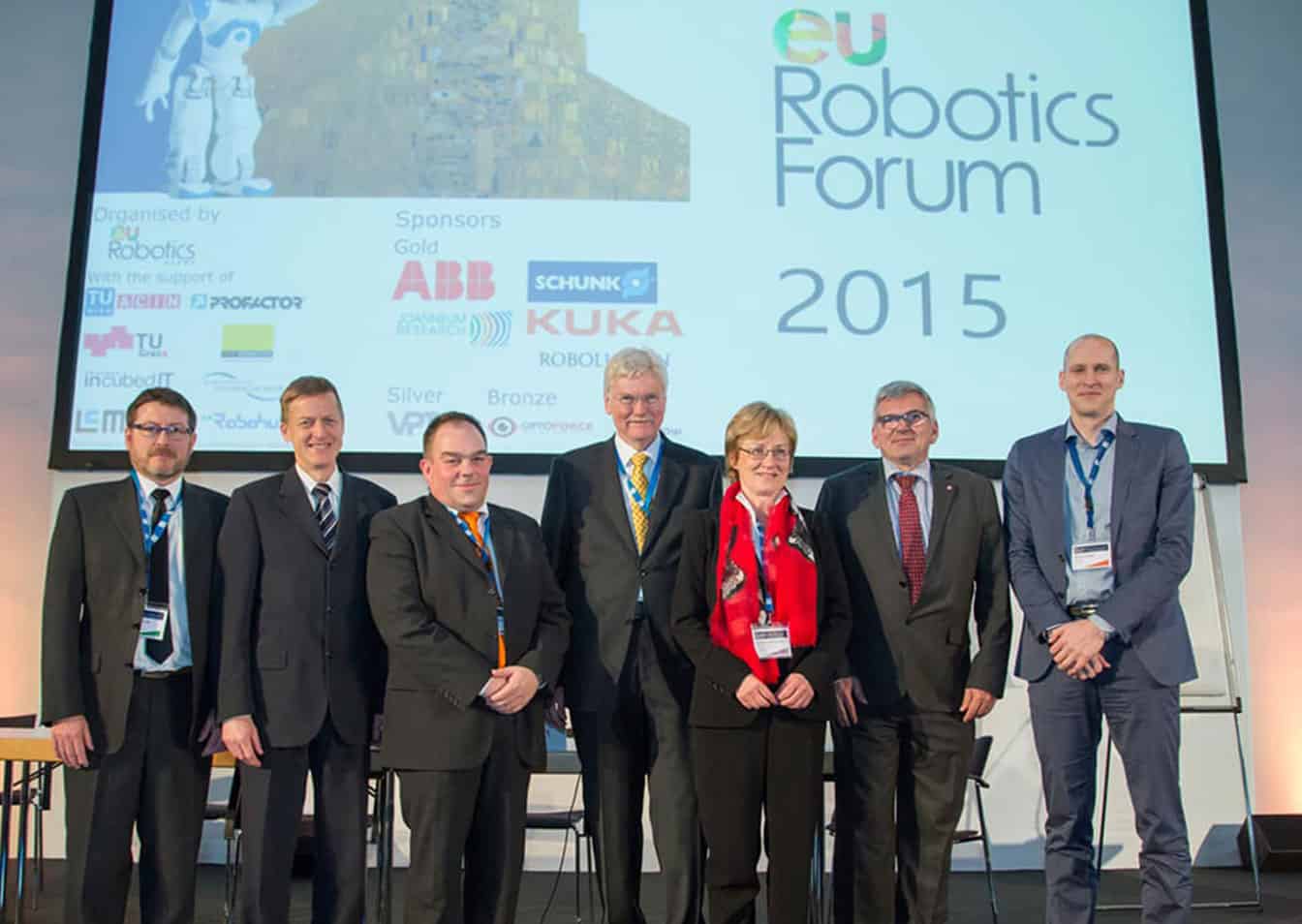 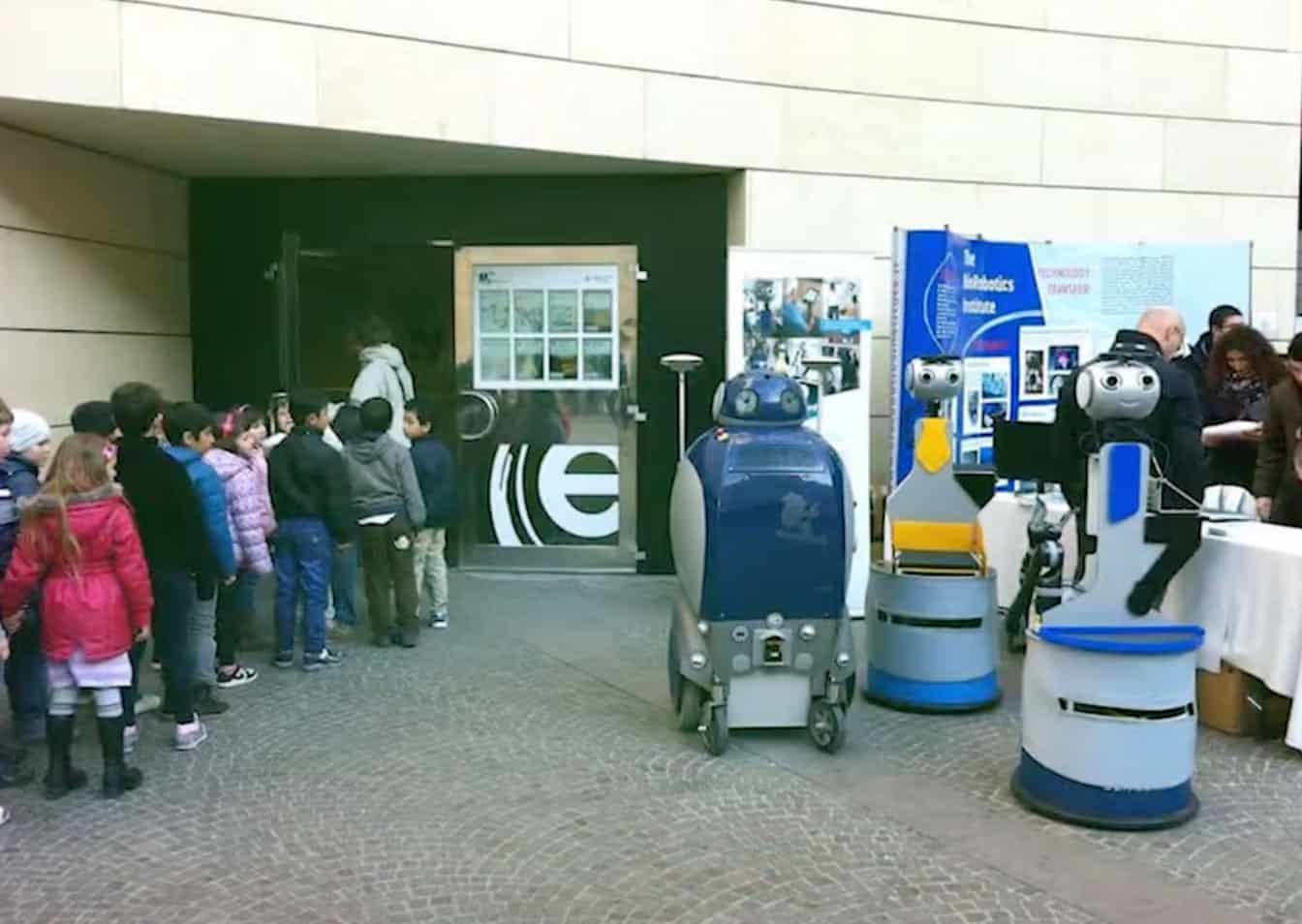 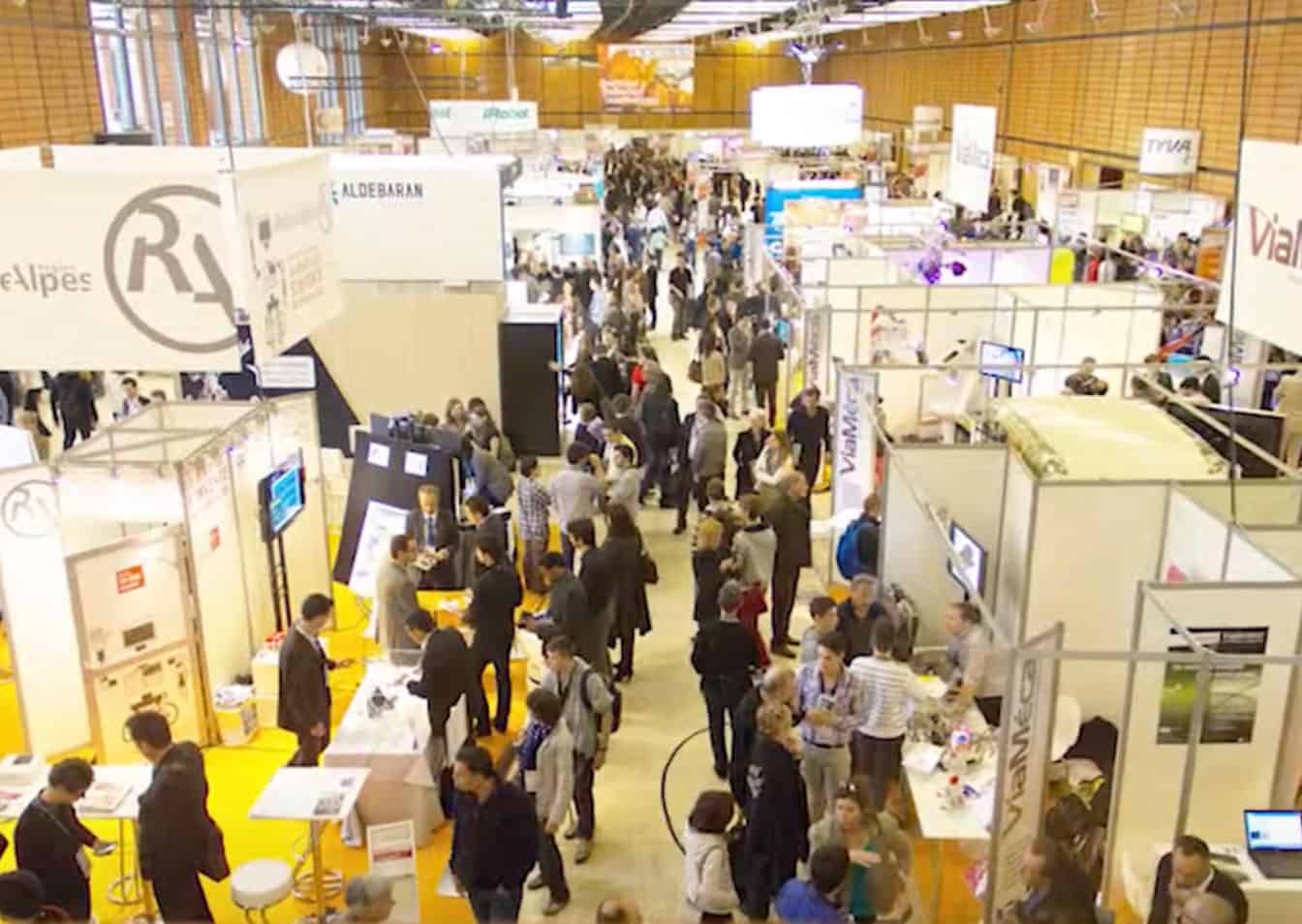 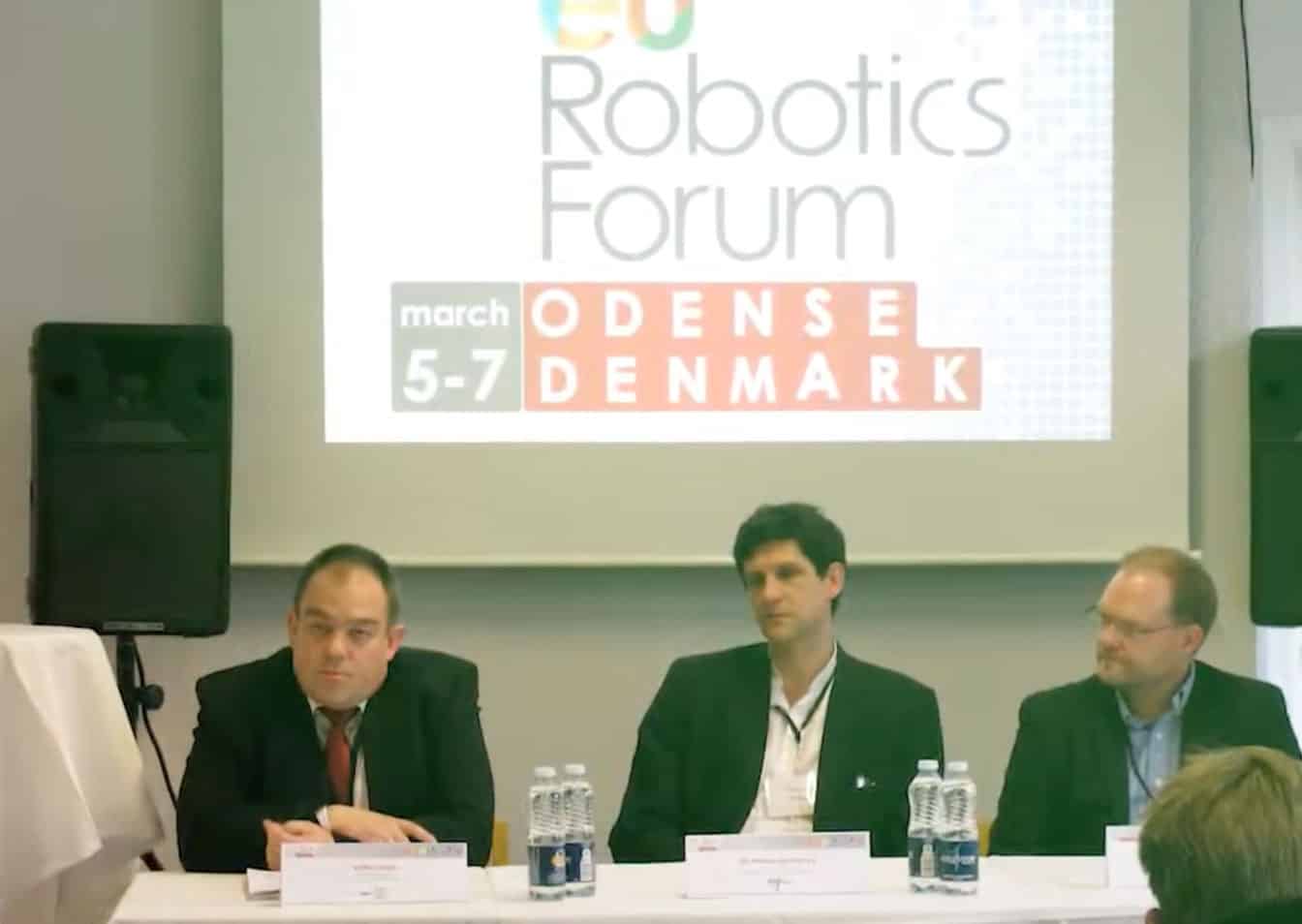 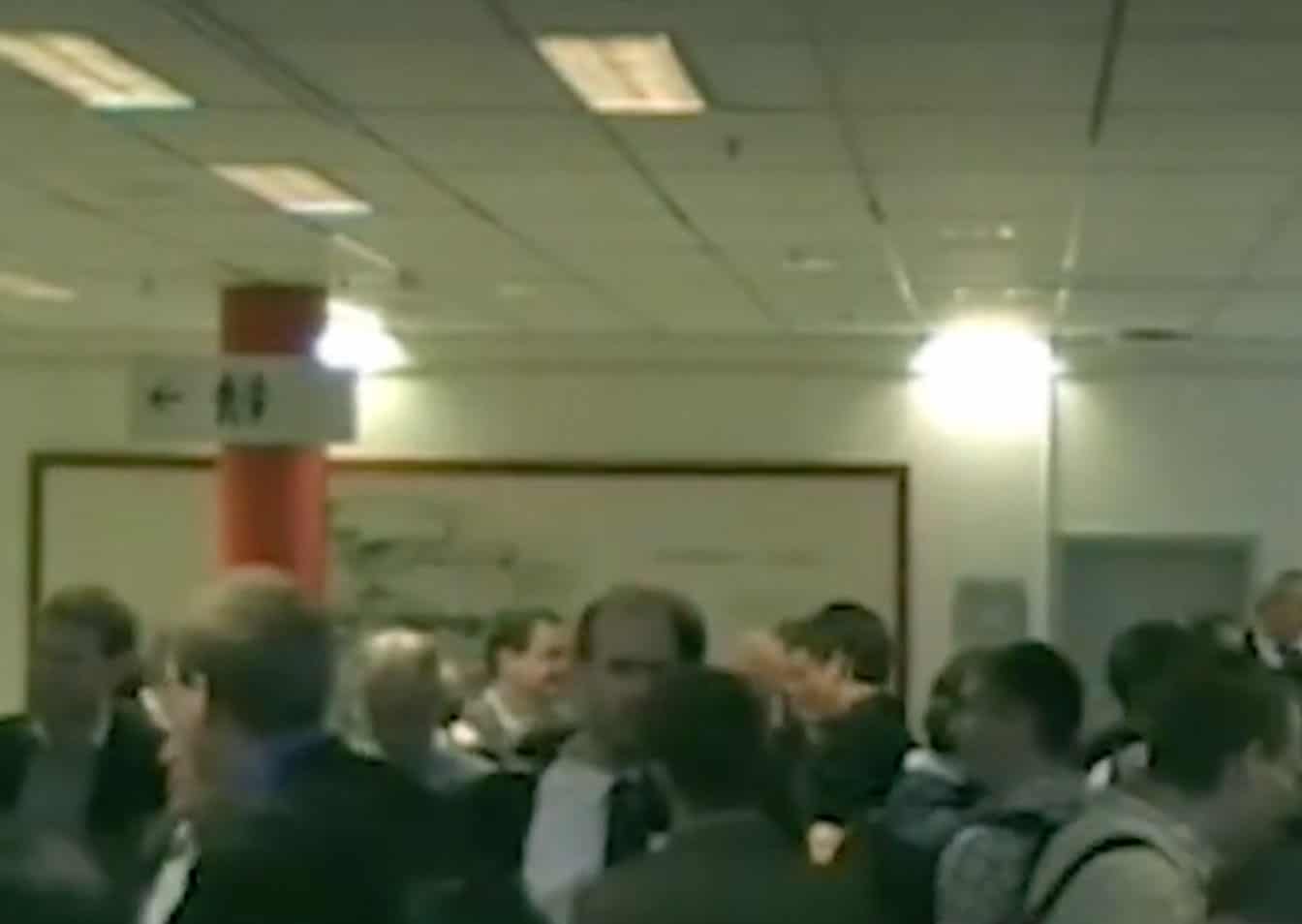 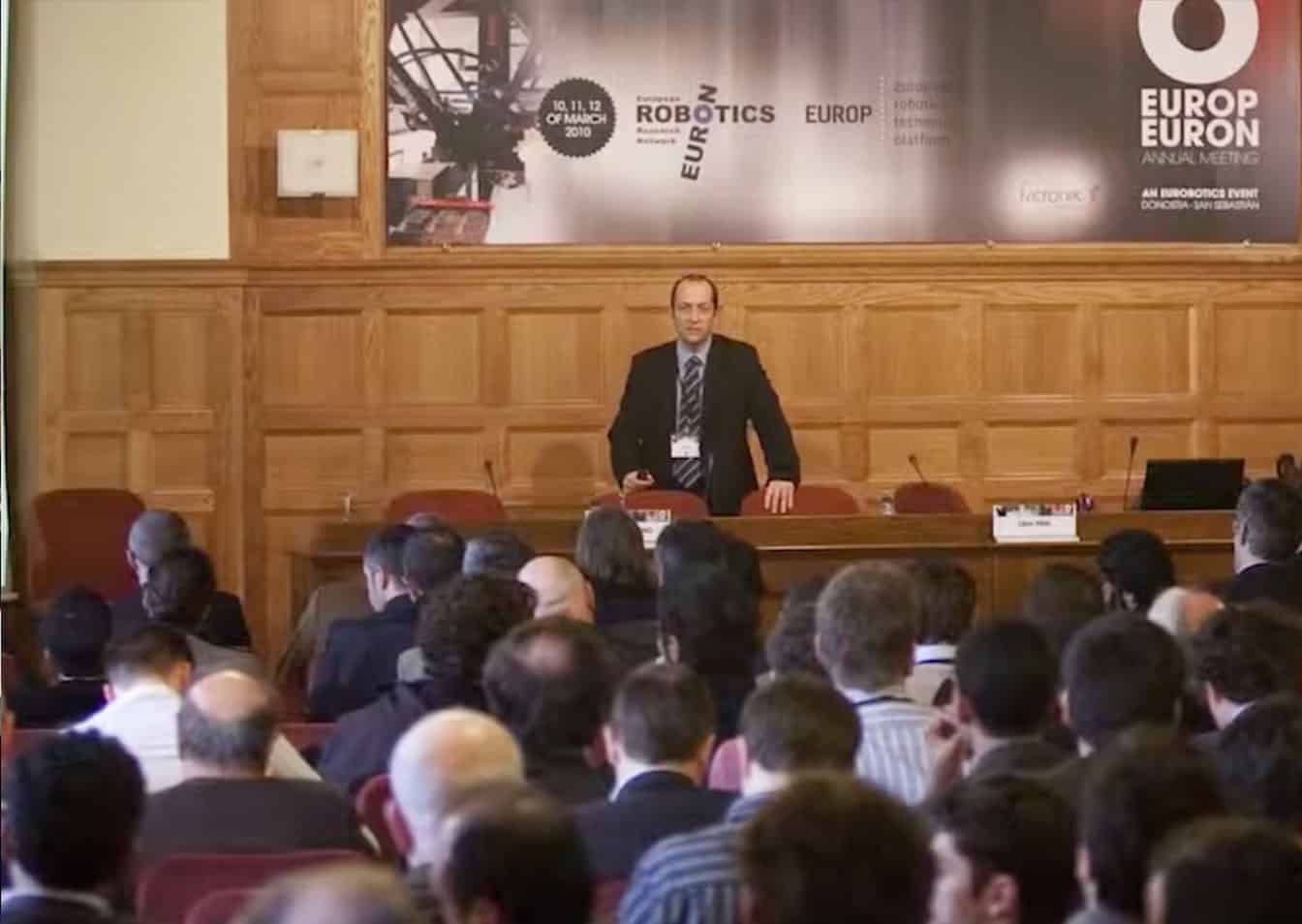