ERW: active despite the pandemic 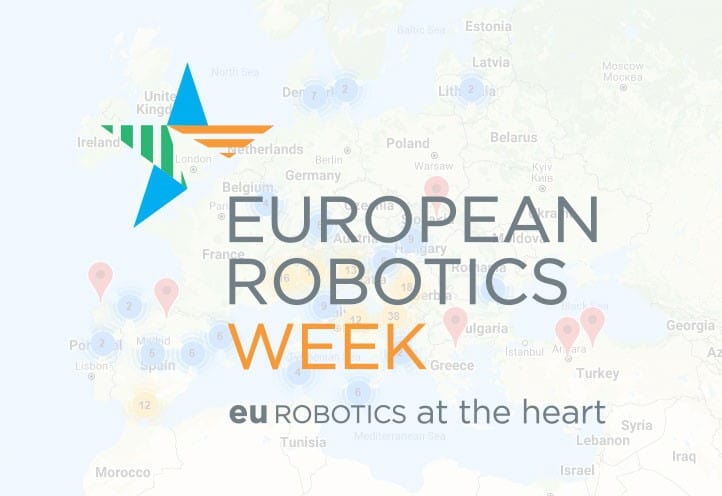 ERW 2021 took place in reduced circumstances amid the restrictions enforced by national responses to the pandemic across Europe. For a second year, the Central Event was delivered virtually. While this removed the possibility of direct physical contact between delegates, it did allow participants to take part regardless of location.

The euRobotics team and local organisers alike did their best to convey a strong sense of place, with many verbal and visual references to the historic Italian city of Bologna, ‘home’ of this year’s Central Event. Specifically, the Central Event was located at the University of Bologna, widely acknowledged to be the oldest university in the western world. However, contributions were made from beyond Bologna and, indeed, beyond Italy.

Beyond the Central Event, many events DID take place in both the physical and the virtual worlds in countries across the continent. In fact the community of ERW National Coordinators demonstrated just how resourceful they could be by organising many events despite the obvious limitations presented by the pandemic.

One of Croatia’s contributions to ERW was Micro:bit Radionica, another STEM-related event which took place in Rijeka.

Further north, southern Finland has provided rich territory for euRobotics following the European Robotics Forum in Tampere in 2018 and the impressive presentations by school students from Riihimäki at the ERW Central Event in Poznań in 2019. And so it was again at Pori on the Finnish coast, which was the setting for RoboAI viikko, a series of workshops, talks and public discussions during ERW 2021. Primary and secondary school-age children were the target audience for Lund University’s guided lab tours in Denmark.

Building passion with robotics and Through a robot’s eyes were the intriguing themes of two public presentations in Bucharest, Romania. Meanwhile, from Sankt Augustin, near Bonn, Germany, an online workshop for students in higher education showcased the HEART-MET robotics competition and offered participants a tutorial on how to fine-tune an existing action recognition model and deploy it on their robots.

These were just a few of the many activities and events offered during ERW 2021. Visit euRobotics’ 2021 Events page for a full overview.