Covid 19 – disinfectant robots against the pandemic 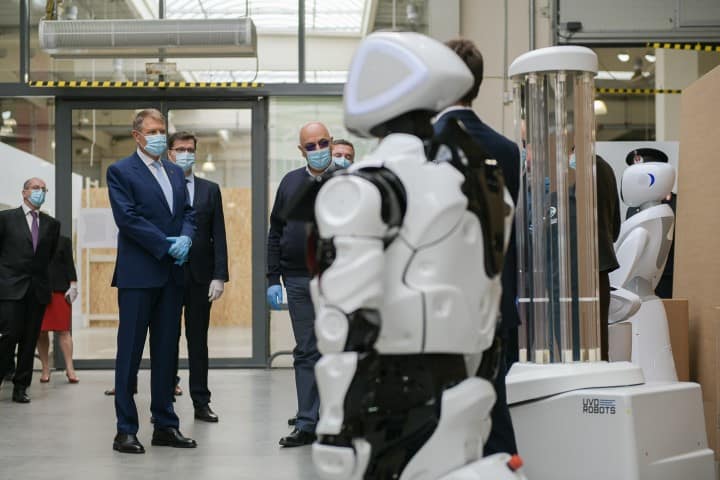 As in much of the world, Europe remains in the grip of the coronavirus pandemic and the path from here to the end of the crisis remains unclear. A notable feature of the pandemic has been the dangerous exposure of healthcare professionals and support staff to the virus in hospitals and care homes, with often tragic consequences. This has been a direct result of their need to work on the frontline of the local, national and global battle to treat its victims. However, the robotics sector is playing a valuable role in the emergency response by helping to reduce the risk for frontline workers.

From Ireland to Estonia, Denmark to Greece, funding from the European Commission has enabled hospitals across Europe to deploy robots to disinfect patient rooms. This simple hygiene technique is found to be effective in reducing and controlling the spread of coronavirus. The robots used in this way can disinfect a standard size patient room in as quickly as 10 minutes by using ultraviolet light and disinfect over 18 rooms in one charge.

The benefit of using robots is to be able to create a sterile clinical environment without exposing staff in hospitals to unnecessary risk. Cleaning staff operate the robot remotely via a mobile application and the operation is started from outside the room to be disinfected, so no healthcare worker is present during the process. The cleaning robots in the EU-funded programme are supplied by Danish company Blue Ocean Robotics’ subsidiary UVD Robots, which won an emergency procurement tender. According to the company, these robots are mobile and fully autonomous robots that integrate UVC light to disinfect against viruses and bacteria on surfaces and in the air. By using these robots, hospitals are able to reduce disease transmission by killing virtually all bacteria and microorganisms in 10-15 minutes in a standard patient room. The use of such robots to control the spread of infection is not limited to Europe; around the world, the devices have been used in over 60 countries, according to UVD Robots.

The programme formed part of the Commission’s effort to provide useful and necessary equipment to Member States to help tackle the pandemic. Under initial plans, emergency support funding provided 200 disinfection robots. Since then, the robots have proved their efficacy and the roll-out programme has now expanded. With the 200th unit delivered to a Barcelona hospital in September, the EC announced that it would procure a further 100 units.