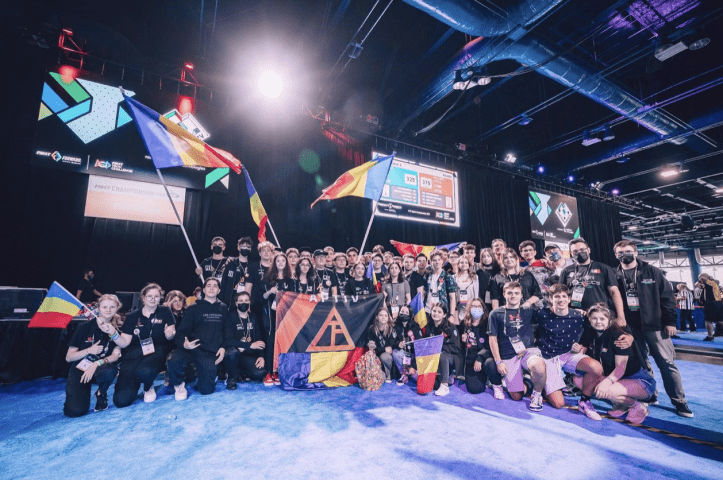 Last month, Romania won the first prize in the prestigious world robotics competition, the First Tech Challenge, held in Houston, USA. This important prize awarded to Team Delta Force is a recognition of children’s and teachers’ efforts and progress in the field of robotics, considering the fact that this is just the 6th year that Romanian teams are able to participate in the Challenge. This achievement reflects the Romanian students’ excellence in robotics and is a recognition of the investment made in the education system.

Romania has a tradition in robotics competitions for junior and secondary school students and these are recognised by the Ministry of Education. The international robotics competitions First LEGO League, World Robotics Olympiad, First Tech Challenge and RoboChallenge all feature participants from Romania. At a regional level, the oldest competition is Robotor, organised since 2008, followed by the Cupa Chindiei, which is already more than 11 years old.

In 2017, Romania was the fourth country in Europe to introduce Information and Communication Technology (ICT) mandatory classes in the secondary school (‘gymnasium’) curriculum. Although many schools do not yet have the necessary equipment for robotics classes, there is a manual for teachers on how to use Open Roberta (https://lab.open-roberta.org/). The Romanian Government has acknowledged the need for digital education and included in the National Recovery and Resilience Plan a provision for the acquisition of computers and small hardware for all schools by the end of 2025.

Romania has been participating in European Robotics Week since 2017 and promotes robotics to children at a national level. RoboHub (https://robohub.ai/) was inaugurated in 2018. This training centre for children and teachers – with a focus on programming skills and robotics – is a constant advocate for digital education and robotics in Romanian schools.

At the European Union level, Romania – represented by Ana-Maria Stancu, founder of the RoboHub on digital education, and member of the Board of euRobotics – is part of an on-going round table dialogue with Commissioner Maryia Gabriel with the purpose of supporting and enhancing the Edtech sector in Europe.

“After the discussion with Maryia Gabriel, I believe we can fast forward #digitaleducation in Europe and we are more than enthusiastic to join the effort!” Ana-Maria Stancu